Creativity, process and inspirations: A conversation with El Choop 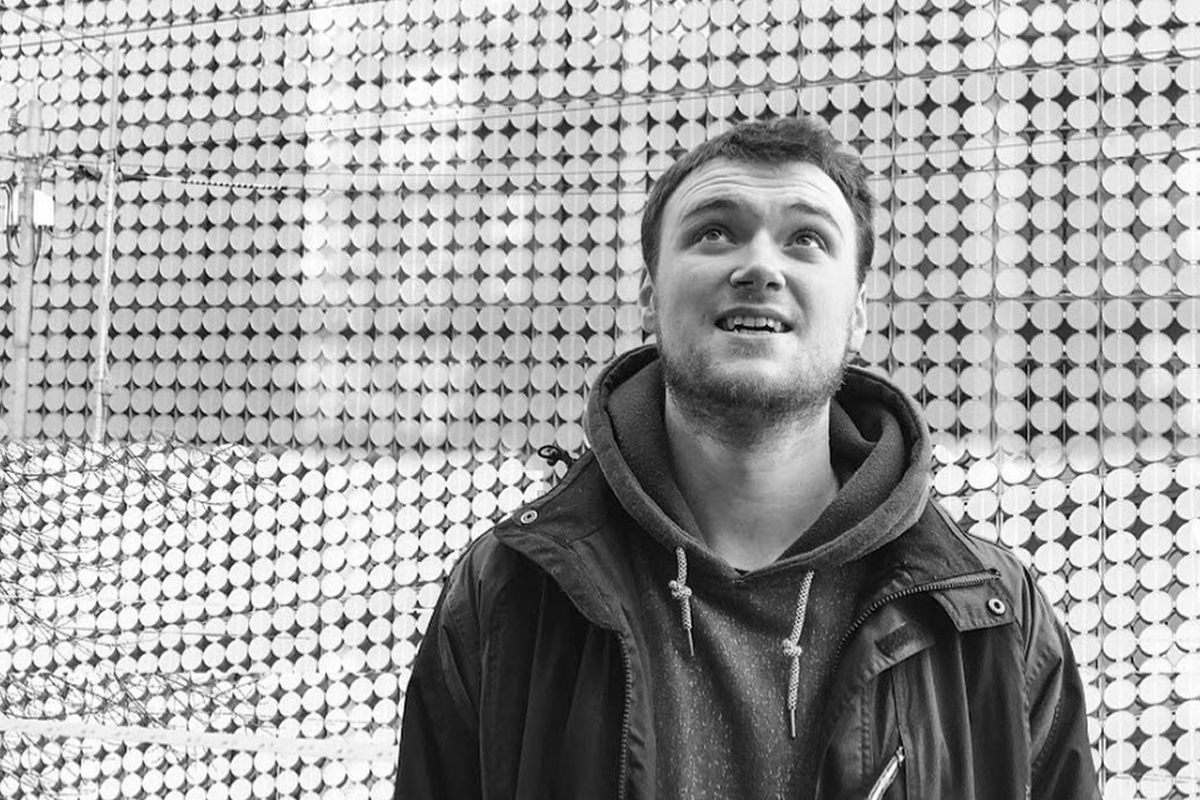 We join Harvey Jones aka El Choop to talk about his ascension in the production scene and how he's refined his sound over the years.

A graduate of our BA (Hons) Electronic Music Production degree at dBs Bristol, Harvey grew up consuming music in a small town in Wales. Initially falling in love with house music, he would eventually make the move to Bristol and progress into the world of drum and bass, which then led to dub techno, the genre he primarily creates in to this day.

Tell us a little about your journey into music production…

"Ironically, I was going to parties and not focusing on my A Levels. As a result I became obsessed with electronic music. I bought a pair of turntables off a mate and that was it, the beginning of the end."

How did you find out about dBs and why did you choose to study with us?

"After leaving college I took some time out to travel around Australia. That old ‘gap year’ cliché seemed to work wonders for me, it gave my brain some space. Following the music route, it was the only idea I had at the time. So I did what anyone my age would do: I Googled it. Among the first few results dBs stood out to me. I saw they had a centre in Bristol and I had loads of friends who lived in Bristol already so it was a no-brainer."

You studied in Bristol, but are now based in London. What prompted the move for you?

"Bristol was incredible. I learnt so much about music culture, production, and myself. The move to London seemed natural as I wanted to increase my employment opportunities and just have a stab at the big city."

How important has that change in surroundings been for your creativity?

"Incredibly so. I've noticed a dramatic difference in the music that I make depending on what city I live in. For example, when I live in areas that are quite run down I tend to make more low-fidelity music that’s got more grit and darkness to it.

"Since I've moved to London, riding the underground at night and listening to deep music has really got me inspired. A cityscape through a dirty train window never gets old. Adversely, when I lived back in Wales I was making music at around 80 bpm, a result of the slow pace of country life. Right now, London has the exact pace of life I need. I think I'm in the right place at the right time."

Your production process is really interesting, with the use of tape and modulation. How does your creative process work from start to finish?

"I spend hours recording buckets of material from my hardware. I then load it all into Ableton Live and arrange it into some sort of full realisation. Then, when I'm more or less happy with it I'll start with outboard effects and tape machines.

"I built a rack unit a couple of years ago and I've been adding to it ever since. I really like weird and obscure instruments and effects. If something sounds just like a plug-in I don't bother with it (yes, I use plugins too). I love field recording so I usually try and jam one or two of those in my tracks as well."

What would you say are your must-have tools for creating music?

"I've got loads of synths that I love and get really unique sounds from. However, I would honestly have to say that Ableton Live is the most crucial tool I use to create music. It would be great to say that I have some special weapons-grade synth hidden deep in my studio that I only bring out when there's nobody around and the lights are dim, but the convenience that Ableton brings to my production process is unmatched and therefore it would have to be number one."

Leading on from that, you’ve done a series of vinyl-only releases. What was it that attracted you to the format?

"I've always been obsessed with physical media storage formats and particularly analogue ones. Another reason is that generally when I release music on vinyl it doesn't seem to get as lost in the nether realms of the internet as digital releases. Adding to that, it's important to note that the scene I move around in is obsessed with the format. Techno is quite vinyl heavy but dub techno seems to be even more so, perhaps it’s a spill over from dub music..."

Finding work in the music industry is always tough no matter what direction you take. What was your first break that opened the door to where you are now?

"When I was travelling in Australia I put a message on my artist Facebook page asking if anyone on the east coast wanted to collaborate. I got a message back from someone who lectured at SAE in Byron Bay. Not only did we collaborate, but he also invited me to do a guest talk at SAE. Following that, I was invited to do a series of lectures at four more of their institutes across Australia."

What’s it been like being on the opposite side of the classroom?

"Surreal, but I love it. I’ve always been an energetic person who loves to talk with enthusiasm and can address a room easily, but it’s only occurred to me in the last year that those are the perfect credentials required to teach, so I’ve naturally fallen into it. The human brain retains information that contains both colour and humour very efficiently, so you can imagine what my lessons are like."

How did your time at dBs help push you to build a network within the industry?

"It was the perfect starting point. I still keep in touch with my course mates, and it’s great because we’ve all sprouted off in separate directions and gone to different parts of the industry."

What top tips would you impart to anyone interested in getting into the music industry?

"Be yourself, work hard, surround yourself by good people, be positive, take risks, put yourself out there, don’t be shy, and don't be fake because people can smell that a mile off."

What’s next in the pipeline for you? We heard there’s a remix on the horizon…

"I've just got my own show on Threads Radio which I’m hoping is going to build the foundations to finally start my label. The show is called Oil City and it’s a way for me to play new stuff coming out of the scene, my own music, and a lot of the promos that I get sent. If you’re into a similar sound please send me your music, I might play it.

"With regards to releases, I've just put out a remix on a label called made of Concrete, based in Berlin."

Where can people find out more about you and your music?

"SoundCloud is the best place I keep it updated as much as I can. If you’d like to submit material for Oil City fire it over to elchoopmusic@gmail.com."

Do you share a similar passion for creating electronic music production? Take a look at our Electronic Music Production degree.