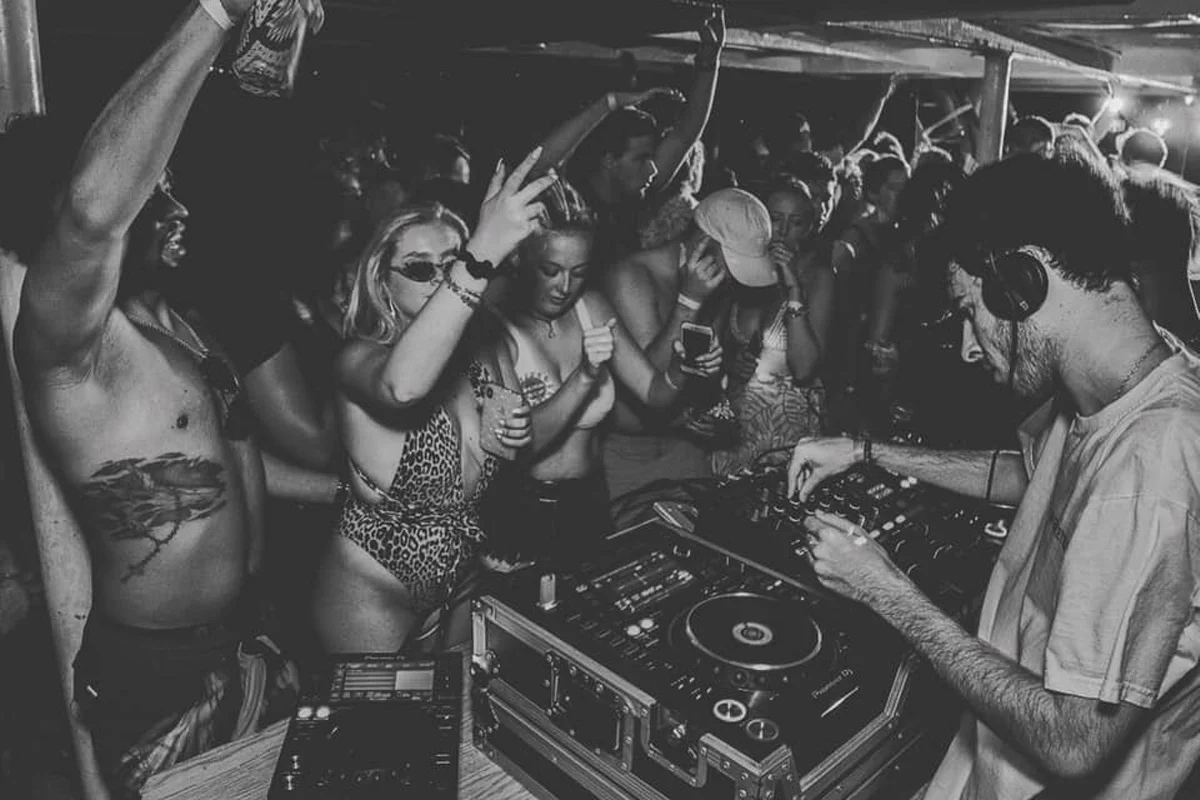 Oliver Bishop aka Formula only joined us at dBs Music in September of this year, but already has been making waves in the dnb scene. Having recently released a collab with CLB to launch Space Yacht's new record label, we caught up with him to talk about his insane creative output, life before Formula and spreading beyond producing music.

There are some people that make you jealous with their endless creativity, and then there are people like Olly who are infuriating.

"I have an insane work rate and it really pisses other people off if I collaborate with them because I'll often end up making a whole album out of this one track we made. It blows my mind that I can just come into my home studio, sit straight down and I just go. When I don't have anything to do creatively, I don't operate.

"Sometimes I make a song from start to finish, but a lot of the time I make like half of a song; I don't touch it for six months and then I go back to it and finish it, and then it gets put out, which is good. But at the same time, I've got like probably at least 300 unreleased songs. It's really insane."

Despite this abundance of creativity, music was never first pick for Olly. Growing up his main passion was ice hockey, but he had to change lanes after surgery meant he couldn't play contact sports. He then progressed into dance, which opened the doors into a wealth of music like hip hop and R&B. The physicality paired with the music then saw him get into musical theatre where he learned to sing and perform in school plays.

What would push him over the edge though, was laying hands on his dad's iPod Nano.

"I don't think anyone in my family is musical at all, apart from me, but my dad had the first iPod Nano and it was full of 80s and 90s music like Sigue Sigue Sputnik, who I used to listen to all the time. I loved the way that they sampled aeroplanes and jet engines, Apollo 11 and all these NASA recordings to make these fast songs."

From there, Olly delved into the world of YouTube, becoming an avid follower of the likes of Shawn Wasabi and the creative possibilities of Novation's Launchpad and after receiving the Launchpad Mini from his grandparents along with Ableton Lite some years later, his music making journey finally began.

In the years between laying hands on the Launchpad Mini and joining dBs Music, Olly was actively producing house music under the name Moretein and on track to have a successful career.

However, issues with an unresponsive label took the wind out of his sails and it was around this time that Olly made the move back to UK (his parents live in the West Indies) and got his first taste of drum and bass.

"I went to a house party and they were listening to that song 'Drum and Bass Father'. I had never heard it and I was like, this is sick. The next day, I made a 'Drum and Bass Father' remix and put up a little video on Facebook, and I had tonnes of people commenting on it, saying it was sick, and it was my first ever drum and bass attempt.

"I kept researching in certain ways, listened to other people's stuff, and it came so naturally. With the house music project I was getting nowhere with it. I would spend hours on a four bar loop and it would sound so awful."

From there, things just started clicking into place for Olly. A fortuitous, yet secret collaboration blossomed from the move to producing dnb, and with everybody mispronouncing Moretein, the time had finally come to transition into Formula.

Fast forward to today, and the good news has reached fever pitch with the recently released 'Moving Forward' alongside CLB, the debut release for Space Yacht's new label.

"Working with Max [CLB]… it's such a weird story. I was a huge fan of his when I was making house music because he made Chicago breaks and stuff like that in 2016. Then all of a sudden I started seeing him liking my drum and bass stuff.

"Then he dropped a drum and bass track with Albzzy and after hearing that I messaged him and said, 'Hey, this is sick.' And he was like, 'Oh thanks, I'm a huge fan of your music.' And then through that we kind of just started working together and 'Moving Forward' is the first track we ever started together."

The opportunity arose when Max sent 'Moving Forward' to Space Yacht, who played it during a live stream and Olly recalls seeing the physical reaction they had to it.

"They both visually and verbally reacted to it on stream to like a thousand people, and instantly were like to Max, please can we sign this is the first release?"

At the time of writing, the track has over 40K plays on Spotify, 23K on Soundcloud, was premiered on Triple J Radio in Australia, and even caught the attention of Billboard who wrote about the release.

"The Billboard thing, I still haven't really reacted to it properly. It's really weird to see, especially a drum and bass track getting coverage on a US magazine. It doesn't make any sense."

Though Olly's output as both Moretein and Formula had seen amazing results, producing music was not enough to satiate his creative spark and there was a desire to provide support for budding producers that he didn't have when first starting out. This turned into his sample pack service, FORM.

"Starting out as a producer, I had no samples to use, apart from Cymatics, which at the time every single person was using. It was super expensive and the samples weren't that great.

"With FORM, I remembered how I felt when I started out, and it would have been a lot easier to have had good samples to use. So, pretty much whenever I self-release a song, if people want to learn how to make that sort of song, or the drums from that song, I'll put out like a mini kit. It just helps support me if someone's really into production and I've given the song away for free, then they can pay a small fee to get the kit."

This idea expanded further into starting his own Patreon, where not only do patrons receive the mini kits, but also get to watch a video walkthrough of how the whole track was created. Then there's the Formula YouTube channel, which launched at the beginning of lockdown and was actually the initial inspiration behind FORM.

However, unlike FORM which provides the pre-made building blocks, Olly's motivation with his video content is firmly rooted in providing knowledge over samples.

"I don't think from a learner's perspective that if you go on to YouTube and look up how to make this sort of sound, and it just says free preset included, you're not going to watch the video, you're just going to press download and learn nothing.

"What I do to deter people from that is create a tutorial and say if you want this patch and don't want to sit through the video then it's £1. If people prefer to do that then fine, because it supports me and what I do, but hopefully more people choose to stick around and watch the whole thing and leave with the knowledge to create hundreds of sounds."

Irons in the fire

It may sound like a lot already, but for Olly this is just the beginning. With more music being released on Bagged and Tagged Records, Invicta and Audio Addicts, and - global pandemic permitting - a DJ spot at Amsterdam Spring Break 2021, the next 12 months are going to be hugely exciting.

True to form (that wasn't intentional), Olly's sights are set much further into the future.

"The long-term plan is to have Formula, which is me doing my music and then have FORM as a parent company for just any other stuff I do, so that's the main income for any project. I want to start a record label further down the line and who knows what else, so I thought it'd be quite good to have a parent company that oversees everything instead of eight different companies that all have their own tax stuff."

Though much of the success has been down to Olly's work ethic and perseverance, there have been many people that supported him along the way, perhaps the most important person is one we can't even mention here. Before we say goodbye to Olly, we asked him how this secret collaboration paved the way for where he is now.

"A lot of people tell me like, once you stop looking for something, it just appears and that's literally what happened. After the collaboration, I completely changed my attitude with making music, because their advice to me was just make your own sound and that's what led to 'Moving Forward' and Formula as a whole. I started creating sounds based on what I thought 'this person' and 'this person' would sound like if they ever made music together - and that was my sound."

If electronic music fascinates you, then you'll want to take a look at our BA (Hons) Electronic Music Production. Learn more about it here.