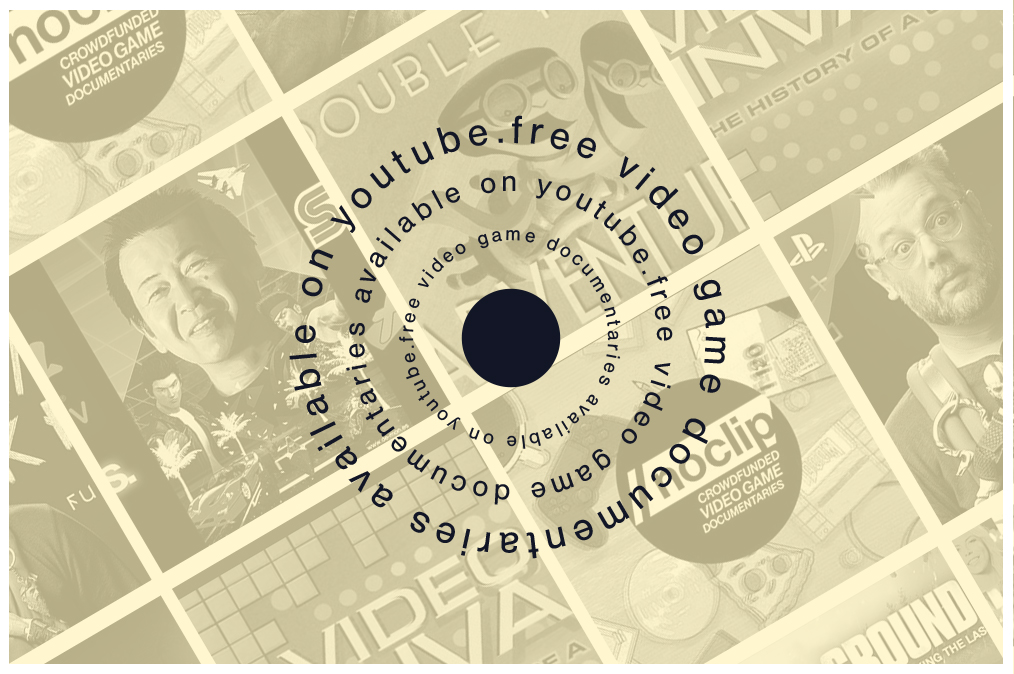 Whether you’re keen for an insight into games development or looking for a trip down memory lane, our curation of free video game documentaries will keep you busy for the summer.

Great content doesn’t need to be locked behind a subscription, and as hard as YouTube might try to get you to pay for their premium tier there’s so much on the platform that is free to watch. Today, we're specifically looking at what the channel has to offer around video games - and it turns out it's a lot!

We've rounded up some of the best channels and standalone documentaries on the platform, and while they won't grant you that hands-on rush of working in gaming - see our courses in Game Development: Art and Game Development: Programming for that - these docs offer an intimate and detailed perspective on the world of video games.

NoClip might just be our favourite video game documentary producer right now. Entirely crowdfunded, NoClip was founded in 2017 by games journalist Danny O’Dwyer. Over the years, Danny and his growing team at NoClip have ventured across the globe to speak with indie developers and AAA studios including CD Projekt Red, Supergiant Games, Bethesda, Arkane, Creative Assembly and many more.

Their back catalogue ranges from one-offs about classic games from the medium’s fledgling days, to multipart docs about a game studio and the development of their titles. What makes NoClip’s output so distinctive is the honesty behind why they do it. Interviewee’s are candid and offer a real insight into what games development looks like, highlighting their failures and how they learned from them.

To date, NoClip has produced over 60 documentaries, with many of those being multipart series and many more are on the way for the rest of this year. If you’re going to start anywhere, we cannot recommend this channel enough.

2. Grounded: The making of The Last of Us

Love it or hate it, Naughty Dog’s The Last of Us transformed the perception of narrative in video games. Through incredible vocal and mo-cap performances, this intimate story paved the way for a new era of storytelling in video games.

In this 90-minute documentary - published on Playstation’s official channel - the Naughty Dog team take us behind the scenes on the development of The Last of Us, alongside interviews with soundtrack composer Gustavo Santolalla and the voices behind the games beloved characters including Troy Baker, Ashley Johnson and Nolan North.

Watch Grounded: The making of The Last of Us

As a little bonus, the Playstation channel also features an excellent documentary on the history of Naughty Dog, which began life back in 1984. Produced to celebrate the studio’s - at the time 30th Anniversary - the documentary explores Naughty Dog's diverse catalogue of games including Crash Bandicoot, Jak & Daxter and the Uncharted series.

3. Raising Kratos: The making of God of War

It’s all a little Playstation-centric at the moment, but bear with us! This is yet another Playstation-produced documentary, which focuses on Santa Monica’s soft-reboot of God of War, which culminated in the critically acclaimed God Of War (2018).

Just like The Last of Us making of, this documentary takes us behind the scenes of the games development, but where this differs is the story of refreshing the franchise for a modern audience, while retaining the soul of the series.

The extensive interviews with the game’s director and lead writer Cory Barlog are one of the many elements that make this doc shine, not to mention the behind-the-scenes look at the loveable relationship between Christopher Judge and Sunny Suljic, who play Kratos and his son Atreus, respectively.

Watch Raising Kratos: The making of God of War

If you grew up on the point-and-click adventures of LucasArts in the 1990s, it’s likely that Double Fine continued your love for the genre, and for good reason. The studio was founded by Tim Schafer in 2000, who previously cut his teeth at LucasArts.

There are few documentaries that come close to the level of detail and insight into video game development, so even if Broken Age doesn’t hold a place in your heart, it’s well worth a watch.

Our next recommendation is a real blast from the past, but one that many people won’t have been aware of. Icons was a series that ran between 2002 - 2007 on American pay channel G4, which focused on the significance of the video game industry, with episodes dedicated to games, people and studios.

Due to its origins, tracking down every episode is no easy task. However, the G4Icons channel on YouTube has over 60 of the 88 episode run available on their channel. As they were originally broadcast on television, each episode is around 22-minutes long, so these are much more bite-sized than some of our previous recommendations.

Check out the extensive catalogue of G4's Icons

6. World of Warcraft: Looking for Group

In 2004, the landscape of MMOs (massively multiplayer online games) was somewhat different to what we have today; and the game that dominated that space was World of Warcraft.

Released at a time when gaming was still regarded as a niche or ‘geeky’ interest by modern society, WoW laid the foundations for a community of like-minded individuals that would go on to form unforgettable bonds and memories.

Though the doc showcases the development of WoW, it is underpinned by that sense of belonging, and seeing the passion of the developers and players alike make this an incredibly wholesome watch.

7. Video Game Invasion: The History of a Global Obsession

Our final recommendation is nothing but nostalgia. Hosted by Tony Hawk, this documentary walks us through the history of video games, from arcade classics to the, at the time, cutting-edge releases in the early 2000s.

Across the doc’s 90-minute runtime are extended features surrounding the impact of early gaming consoles, a fascinating interview with Tetris creator Alexey Pajitnov, and the subsequent rise of Playstation and Xbox.

Watch Video Game Invasion: The History of a Global Obsession

FIND OUT MORE
Down the VRabbit Hole With Merlin Sunley
dBs Recommends: 7 video game soundtracks to help you escape and unwind
The Best Free Tools for Building Your Own Video Game