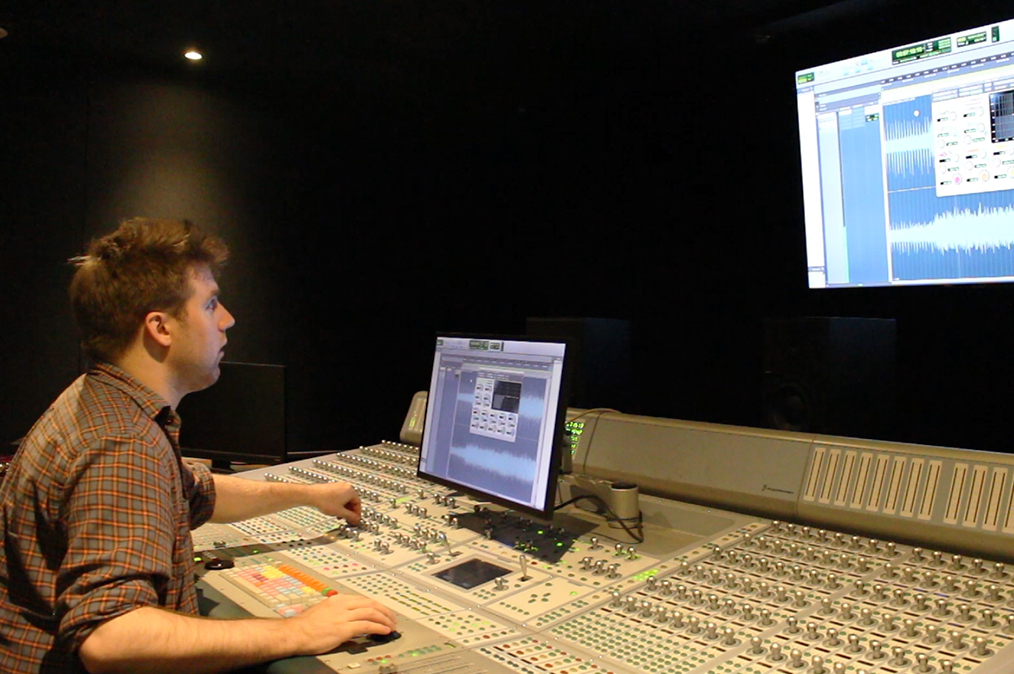 We join three audio specialists to learn why sound design became the bedrock of their creativity and how it opens up the door to so many opportunities.

From the advent of guitar pedals and synthesisers to the dawn of the computer age and digital audio production, our ability to manipulate sound has grown exponentially, so too has its prevalence in music, performing arts and visual media. Whether it's the enormous roar of a monster, that infectious notification alert on your phone or an otherworldly bass line, sound design is at its core.

Yet for many producers, sound design is a hidden treasure waiting to be unearthed; and when it reveals itself it quickly takes hold. To really understand the power of sound design, in both its creative applications and the opportunities it opens up, we compiled three unique perspectives from our community.

Matt is a tutor at dBs Plymouth and produces and performs under the moniker DJ Crystal Mad. Originally beginning his musical journey as a guitarist, he soon found a love for dance music and DJing, which would lead him to study at dBs where he soon discovered the world of sound design.

Given your work as DJ Crystal Mad, it's likely that most people would label you as a DJ/producer. Would you identify yourself as that?

"I think with anything creative, especially music, you could identify yourself as multiple things, but If I had to kind of classify myself as a single entity, it would actually be a sound designer. Music and technology has advanced to such a degree that sound design is so much more complex than what it used to be.

"Now, you can take those waveforms and mangle them in any way you want and create hardstyle, dubstep, house music or any number of these more complex genres of music. And that's before you even start thinking about the non-musical applications for film, TV and video games. The capabilities of sound are infinite."

Is it that breadth of possibility that drew you to sound design?

"Yeah, but it's also the nature of how random the creation process is. It was curiosity more than anything that led me down the rabbit hole - I just kept asking myself 'what if'? What happens if I pair that sound with that effect and control it with this? Will it do that? I never know what's going to come out of it; pretty much every sound that I make is an accident."

Was there a turning point when you decided to specialise in sound design?

"I didn't do it intentionally, it was more of a natural progression for me. When I was young, I saw myself as a DJ and a producer and that was the world to me, nothing else mattered. As I've gotten older, I realised that those aspirations always change and I'm eager to try something new, and sound design keeps the door wide open."

What do you love most about sound design?

"I love the the unknown nature of it and that voyage of discovery. I love being able to take a source sound from a guitar for example; mangle it, process it and transform it beyond recognition. The amount of sounds I've discovered are an infinite universe, and if I try and break a sound that's other universe for me to explore."

Why would you recommend that someone specialise in sound design?

"My students are very much like I was growing up and they just want to be DJs and producers; nothing else matters, but I hope that just like me they have a realisation of the world of possibilities outside of that.

"The skills are all transferrable and it doesn't matter whether you start out as a producer of sound for film or someone making Hip Hop. You can move in any direction, and I think a lot of producers who are starting out will naturally discover that as they mature within the industry."

Tom is a game audio sound designer and has worked on a number of interactive projects for Immotion Group, WeMakeAudio and SIGTRAP games. Encouraged at an early age to learn all manner of musical instruments, Tom began as a performer in various wind and brass bands, before moving onto guitar. While his introduction to the world of sound design came quite late, it didn't take long to grab his attention.

At what point did you realise what sound design was?

"It sounds stupid to say now, but I didn't really think it was like a thing until someone pointed it out to me. Watching something like Blue Planet and seeing two Komodo Dragons fighting and realising that the sound of their tails hitting each other aren't real and it's probably two people hitting together carpets was a real revelation.

"I think the moment when I realised that sound design for games was a thing was back in 2014/15 while I was at EGX. It was such a crowded event so I went into the education tent to have a bit of a breather and got chatting to some of the people from Futureworks. It wasn't even an immediate thing, but it was when I found out you could study sound at degree level.

"Over the next couple of years I'd speak with local game developers who were looking for people to do the sound and I finally saw the need for these specialists within the world of game development."

What was it about sound design that appealed to you, especially given your background as a musician?

"I originally thought I'd be naturally suited to music, but one of my teammates produced a rescore for Starcraft and it just blew me away. Sound design felt like a more active role in helping to build a world for someone to become immersed in. That's quite a special feeling, when you realise you've created something from nothing, and this soundscape you've built has breathed life into a project."

What do you love most about sound design?

"What really appealed to me was that sound design gives you an immediate hit of satisfaction. There's some real magic in doing the music, but that often takes many iterations before it really clicks. When you finish a project and everything comes together it's just a great feeling.

"I love having to be considered with my approach as well. You can't just jump in with no forethought. You have to think about the intention of your sounds, how they should be designed and how they will relate to the bigger picture. All those decisions are building to a finished piece, so when you see that start to take shape and see how your work is elevating it to the standard everyone wants it to be, it's a really rewarding feeling."

Why would you recommend someone specialises in sound design?

"If sound design resonates with you and you think it's an area you'd enjoy specialising in, then my advice is to just go for it - it's such a rewarding medium. The feeling you get from working on your first game jam or indie project, building something from scratch alongside like-minded people, there's nothing quite like it."

Find out more about Tom:
https://linktr.ee/TomBennettAudio

Syz aka Oli Samways is a sound designer, producer and DJ based between Brighton and Bristol. His interest in music started early while throwing together tunes on the PS1 game 'Music 2000'. Discovering dubstep in secondary school, Oli began making beats using FL Studio and was soon trying to figure out how his favourite producers were making their unique palette of sounds. Once he had the answer, there was no looking back.

When did you first become aware of what sound design is?

"It was in my music tech diploma at college. We did a few modules on sound synthesis, but also did one on sound for moving image, which introduced me to the importance of volume, timing and those sorts of things, and that really got me thinking about what else was out there."

At what point did it become an area you wanted to pursue and master?

"It was the production of certain dubstep producers. People like Kryptic Minds, Youngsta and the Tempa sound; they were making these twisted basslines that sounded like a creature and I was just hooked on that sound and had no idea how to make them. There was a tutorial by DJ Fracture where he showed you how to manipulate an 808 into this massive, growling sound through sampling, layering, distortion and filtering. I was hooked from that moment and started experimenting with synthesis and sound design.

"I think it was in my third year of uni when I realised that my skills could be used to find work in the wider arts field. I was doing a post-production module and an immersive environments module, which was a 360° sound design installation, and I knew this was an area that I really should explore after graduating."

You've branched out into some really cool areas through sound design. What have been some of the highlights?

"Alongside the installations I did as part of my uni projects, I was commissioned by BIMM and the Heritage Lottery Fund to create an installation at Colston Hall [now Bristol Beacon] focussed on Bristol's musical heritage and sound system culture, which was super cool. Being able to leave uni, but still be involved in a project like that and also getting paid to learn was an amazing experience.

"Installations are something I'd like to continue working on throughout my career, because they're still quite a niche format, but more people are doing them and the audience is growing."

"More recently, I created the sound design for my girlfriend Millie's one woman show. It was a really personal piece that explored her growing up, how she was conditioned to feel a certain way as a woman, so I was using a lot of nostalgic audio material. I had to really think about the volume, timing, automation etc. so that it didn't overpower the voice. Then there was taking someone in the crowd saying something that might interrupt or delay something.

"I had to get into the frame of mind that I was performing, too. I was handling all the cues throughout the performance, so I had to think about how my sounds would affect what happened next and was almost stitching the performance together. I never thought when I started making beats that I'd be in a theatre behind the scenes bringing the performance to life with my sounds."

Why would you recommend someone specialise in sound design?

"Sound design sets you up for everything. Once you understand the fundamentals of what sound is, how it's made and how you manipulate it, then you can do anything with it."

FIND OUT MORE
How to make unique sounds - tips for the dBs community
Turning music into science: Why the audio industry needs more BSc grads
5 reasons to consider a degree in sound design and audio programming

Wondering how to take your sound design skills to the next level? Check out our BA (Hons) Sound Design course.