The dBs Pro Internship Programme is once again looking for two dBs students to take on a greater role in the studio, but what does the programme entail? We speak with dBs alumnus and recent dBs Pro intern Jodie Norvell to find out.

For those of you that don't know, dBs Pro is our in-house commercial studio and it's kind of a big deal (and we're not just saying that). Since moving to its new home in our Bristol HE centre, the studio has worked on an array of exciting and cutting-edge projects; diversifying into sound and music for screen, installations, virtual and augmented reality experiences and much more.

So, with such an extensive list of opportunities on offer to any dBs HE students, how can the experience be bettered through the internship programme? What better way to find out than to ask one of the most recent interns.

Are you in(tern) or are you out?

Each year, two lucky students have the chance to become interns at dBs Pro. Unlike with individual projects, an intern will get first-hand experience in the day to day running of the production company, and that's not all. Interns get exclusive access to the commercial studio space and resources for their own projects, as well as learning on the job while pitching for and securing new work. After a training period, interns are also encouraged to take on new bookings which not only broaden their experience, but are also paid opportunities. 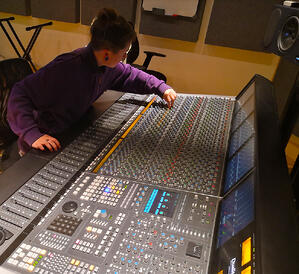 While it may seem like having a considerable amount of experience working with dBs Pro is a requisite to become an intern, this is not the case.

"I actually only worked on one project before becoming an intern," recalls Jodie. "I was in second year when I joined the project and a few months after, Jay started hiring new interns. I really wanted to apply, but was worried about time and so didn't bother at first. Not long after I actually saw Jay and I spoke to him about it and he said to just go for it and apply.

"I really liked the idea of working at dBs Pro and not thinking about myself. I knew that Jay had a huge network of people and it just seemed like a really good addition to being at dBs and the ability to take advantage of those contacts and work with professional clients. That just felt invaluable."

In the past, students have joined projects in all manner of ways; recordist, mixing engineer, sound designer, audio programmer etc. Each project sees students playing a key part in the bigger picture, entrusting them with the responsibility to create high quality work to a deadline.

While those responsibilities are still a key part of the internship programme, there's an overarching focus to show students everything that goes into working in a professional studio.

"The difference between jumping in on a project and what I was doing as an intern was that I had to look after the space," says Jodie. "I'd be working on whatever projects needed my help at the time, but outside of that I'd be in the studio once a week and setting everything up for the day, learning how to use it all so that when Jay isn't around and somebody is there to use it, I or one of the other interns can get them set up. You've also got to keep the client happy, so making tea or bringing them a drink and just being on hand to make sure they're having a positive experience is so important."

Outside of the day to day running of the studio, an intern can also take on a much more important role in any given project; and it was here that Jodie really experienced the benefits of the internship.

"I got to witness how a project is organised and the logistics required to make things happen. Jay would introduce me to the client(s) and then I would liaise with them. I was heavily involved on the MindFlow project and the creative team could email me if Jay wasn't around. 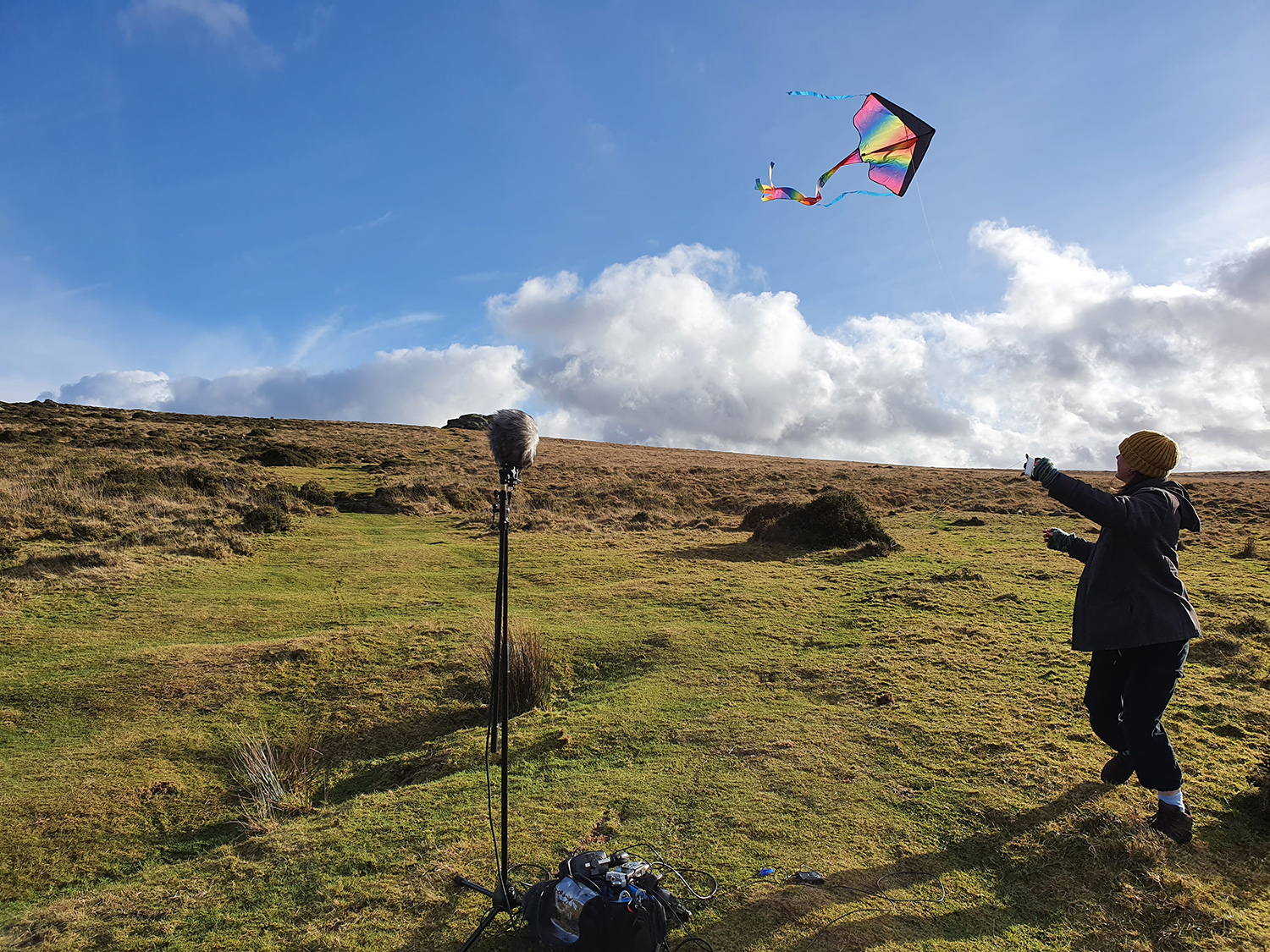 "That project was really good. We got to go out to Dartmoor and do some proper field recording which was really fun, but what was so good about MindFlow and my greater involvement in it was how much more useful I felt. I had worked on the audio so much and the rest of the team were all developing the visuals or the app, and none of them knew anything about sound. It was nice to feel useful and that my input was appreciated."

While we've covered the more obvious benefits of becoming an intern at dBs Pro, there's one incredibly important advantage that we've yet to cover.

Mid-way through her time as an intern Jodie began thinking about her third year project. Being so passionate about the natural world and the sounds of different environments, she decided to create an ambisonic sample library of natural sounds for use in interactive media, particularly video games.

"I liked the idea of having a natural sample library, because I was thinking about how, in games specifically, they need ambient noise. Plus I realised how cool surround sound was and I'd spent a lot of time on MindFlow recording with the ambisonic mics that it just felt like the right choice. 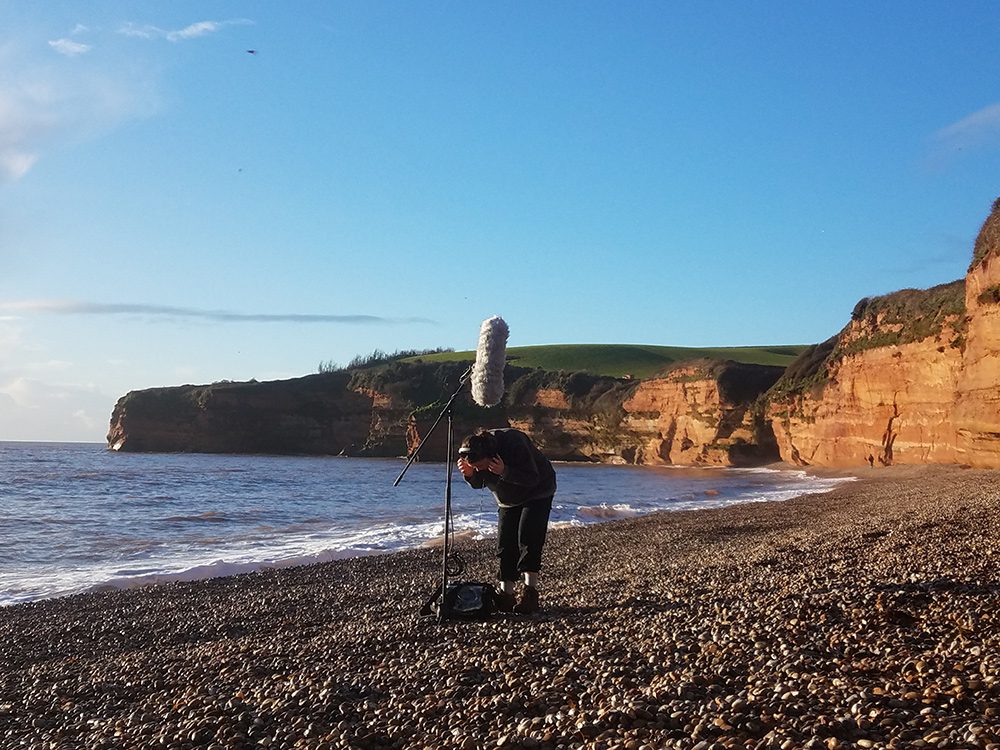 "MindFlow definitely played a key role in shaping that idea, but so did having Jay to bounce ideas off, and that's what's so great about working closely with him. He's such a creative person, so whenever I used him as a sounding board he'd suggest other ways that I could expand on the idea, which was really cool."

Though the project has yet to be released, Jodie and Jay are currently working together to pair her recordings with some of his environmental samples for a special release through the dBs Pro website.

You definitely have the time

As Jodie mentioned, the very real concern about managing her time initially put her off from applying from the internship. Now, with the internship behind her I asked Jodie how her perspective had changed and what she would say to any students sharing those early concerns. 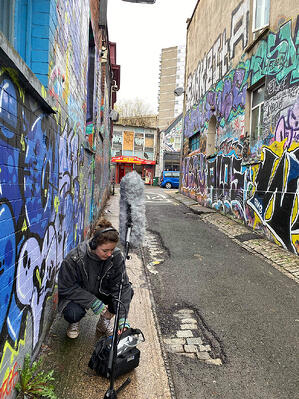 "You get so wrapped up in your own work and it's really intense, especially in third year, and it can feel like you can't like really take a break from it. So it was really nice to have that excuse and say, 'Well today I can't do any of that stuff and that's fine because I'm working on this.'"

With so much to look back on, I end our chat by asking what really stood out to Jodie in her time as an intern.

"It was just really nice working with Jay - I really like him. He's fun, he offers help and advice on things outside of the work that you do with him. He was listening to my mixes for my EP, which was infinitely useful.

"I love doing the projects where you're getting out of the studio as well. Alongside the recording on Dartmoor for MindFlow, I recently got to record two violins in a church, which was amazing. We were able to set up room mics and capture the natural reverb. When would I ever get to do that?"

If you’re a dBs HE student and interested in becoming an intern you can email Jay Auborn with the subject ‘dBs Pro interns’. More information can be found via the 'Work Placements and Internships' section on the dBs Jobs Board.

FIND OUT MORE:
The creative audio company on your campus – Get to know dBs Pro
Pushing the boundaries of sound - Meet Jay Auborn, Creative Director of dBs Pro
https://pro.dbsmusic.co.uk/

A team of dBs students, working as part of dBs Pro, have collaborated on a major international project, producing an ambitious ...
Start Reading